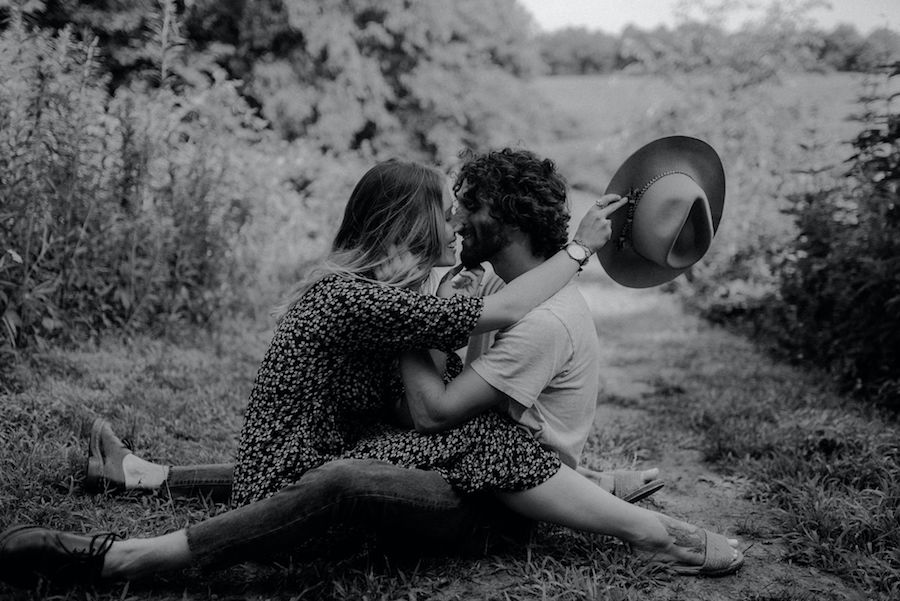 Our couples are some of the best examples of resilience that we know. They’ve had to postpone and reschedule one of the most important dates in their lives due to circumstances totally out of their control — and they’ve done it with grace and patience.

Bob Patterson and Rachel Mallison are no exception. They thought their wedding was going to be in June 2020, had to reschedule — and then reschedule again. As we come out of the pandemic, they’ve set their sights on July 3, 2021! Plans are rolling along nicely, and we can’t wait to celebrate them. 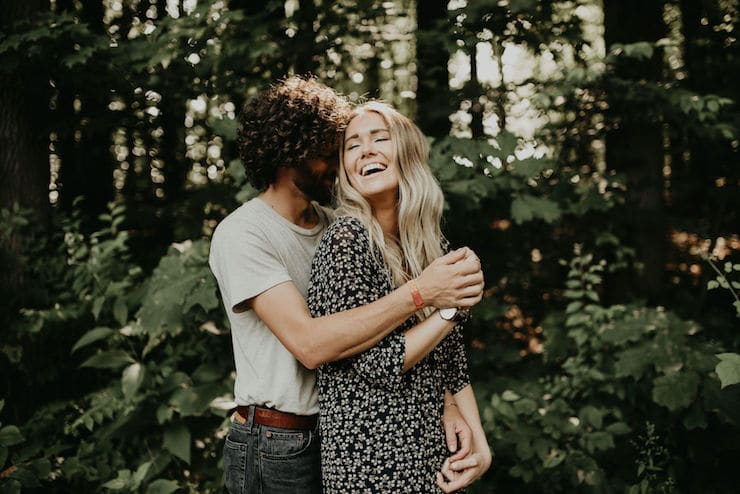 Considering a reschedule, or ready to reset your wedding date? Take a look at Bob and Rachel’s journey from friends to soon-to-be married…

Let’s start with the love story and how they met:

Rachel had moved to the United States from England and — believe it or not! — decided to rent a room in a shared apartment with someone from Craigslist. She admits that it “sounds a little risky,” but she wanted to immerse herself in American culture and quickly meet new people. Her roommate ultimately ended up introducing Rachel to all of his friends, and one of them just so happened to be Bob. “We became great friends,” Rachel says. “We attended live music shows together, searched out new restaurants, and just enjoyed each other’s company. After a while, I realized that I was somewhat smitten with this young American, and there on out, made it my mission to win him over. Luckily it didn’t take all too long, and we started dating in the summer of 2016.” 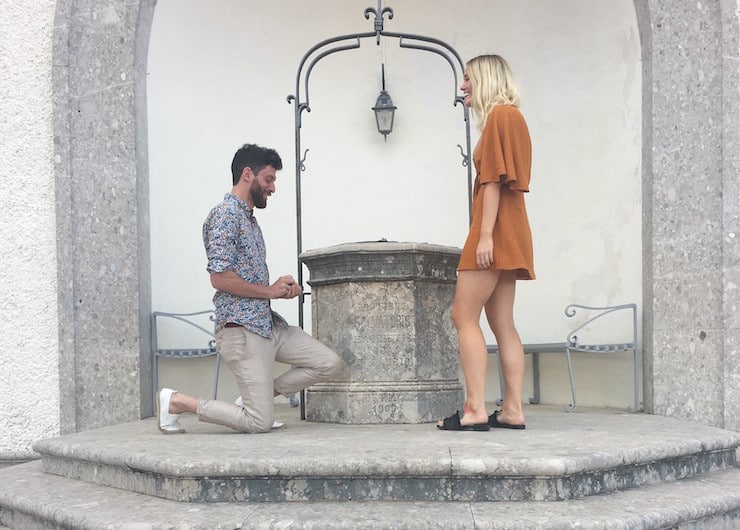 The engagement was magical!

On a trip to Europe for a close friend’s wedding, in July 2018, Bob decided he wanted to take Rachel to his grandparents’ hometown, Montella, in the Campania region of Southern Italy plus visit family friends and relatives who still resided there. They toured the “beautiful small town” and ended the day trekking up to a small church that overlooks the entire town, the church where his grandparents were married in 1960. “Whilst visiting the church we took in the sights and even rang the bell which chimed out over the many miles — lots of fun!” Rachel says.Bob’s grandparents, Maria and Luigi Santoro, who now live in Collegeville, Pennsylvania, have a beautiful photo of them on their wedding day standing by a well at that church (see below). They went back there for their 50th anniversary and replicated that same photo. Bob asked Rachel to share a photo there because it was such a special spot to him and his family. “I willingly obliged thinking it was a loving snap. Then Bob got down on one knee and voila — he asked the question. The rest was a blur and I said yes straight away!” 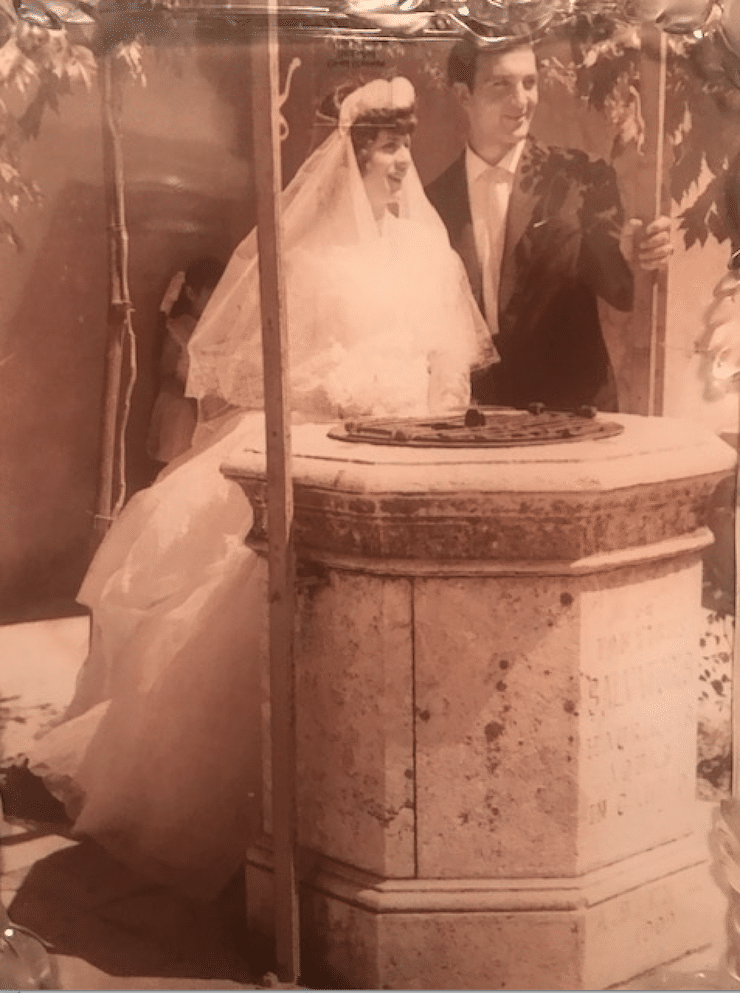 Sometimes differences can be endearing, and they do make a difference!

Rachel and Bob said that they’re actually both quite different and had a lot of interests that the other wasn’t fully versed in, but “that’s what was so fantastic about us; learning about one another and introducing new parts of our lives to the other.” Bob is really into the live music scene and introduced Rachel to many new artists. Rachel loves to travel and “is very creative,” so she books all of their trips, making sure they see as much of the country and world as possible. 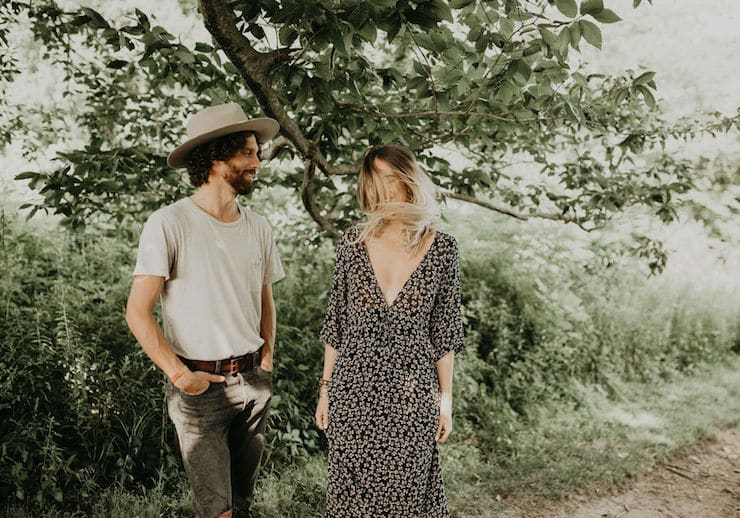 They knew it was serious when …

Rachel admits that for her, she felt serious quite early on in the relationship. They moved in together after nine months and to her that was quite a commitment. Bob shared the same feelings, and when they added their first “fur baby Bodee,” things felt to the couple that they “were shaking up pretty serious!” Side note: Bodee now has a sibling, Margot.

Making the venue choice was easy!

Bob and Rachel are tying the knot under a tent in Bob’s grandparents’ backyard. Both agree that everything just felt right with Robert Ryan Catering & Design. They cite the staff as “amazing, knowledgeable and helpful” at every step throughout the process. They appreciated that the food was delicious and that Robert Ryan was flexible with their menu requests.

We’ll let Rachel tell us how the pandemic impacted their plans — and about how they persevered:

“It hugely messed with our plans, but not in the choice of an outdoor wedding; we’d always planned that because we loved the idea of a bohemian, rustic, Italian-style affair,” Rachel explains.“Where to start! The hardest thing about planning this wedding during a pandemic was the constant threat of the unknown. We planned the wedding once, then rearranged, then rearranged again.“We had to be open to making more compromises than we ever thought. It made things so much harder because I’m English. [At this writing]I’m still awaiting confirmation that my wedding party can leave the United Kingdom and travel to my wedding. It’s currently against regulations to leave England, so planning a wedding whilst not knowing if your closest friends can be there has at times ripped the enjoyment away from this process. Only a few weeks ago, we made the final decision to hold the wedding in July. I found out that British families could leave the country for a close family wedding and that sealed the deal for me. My family attending the wedding is the most important thing to me. Without them there, I couldn’t have gone ahead with it.“We feel like now, with just a few months to go, that we can finally start ramping up our plans and really allow ourselves to get excited. We remind ourselves of why we’re doing this, and that’s for us, to show each other how much we love each other, and to commit to each other for the rest of our lives. Everything else is a bonus.  “Right now, after the year that this world has seen, we feel incredibly grateful at the opportunity to share our special day with those we care most deeply about. So many people have lost loved ones and we remind ourselves of that in times when things feel tough or stressful. Roll on, July 3!”

At Robert Ryan Catering & Design, We’re Here for You

We know the stay-at-home orders have made life stressful. We’re here for you to put your plans in motion when the time is right. We’re in this together! Schedule a consultation with our event managers when you’re ready to find your place or to reschedule your special event. Did you know an event at home might be an option?

Robert Ryan Catering & Design plans and executes over 400 events each year, boasts a 5-star rating on WeddingWire and has received WeddingWire’s Couples’ Choice/Bride’s Choice Award seven years in a row. Learn more about Robert Ryan Catering & Design and tour our venues. Subscribe to our e-newsletter for exclusive offers, up-to-date news, and recipes from our executive chef.