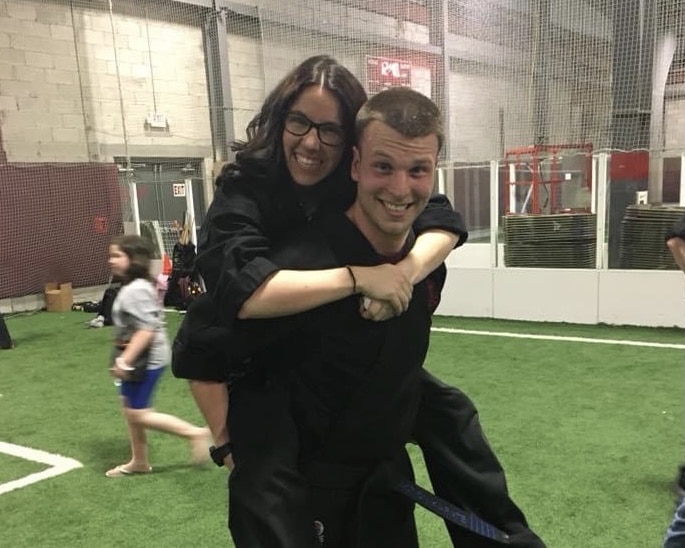 There was something magical about Ashlee Ryan and Mike McCreery’s engagement! After all, it did happen at the self-proclaimed most magical place on earth, and it involved a “goofy” pup-posal. Curious?

Fate had a hand in bringing Ashlee to the karate studio where Mike was an instructor. She was nannying two kids who were students there, so she ran into Mike three to four times each week. One thing led to another, and Ashlee ended up working at the school part-time. They started going to dinner, realized they had mutual friends, and then Cupid’s arrow hit them both.

We tracked down the happy couple to find out more! 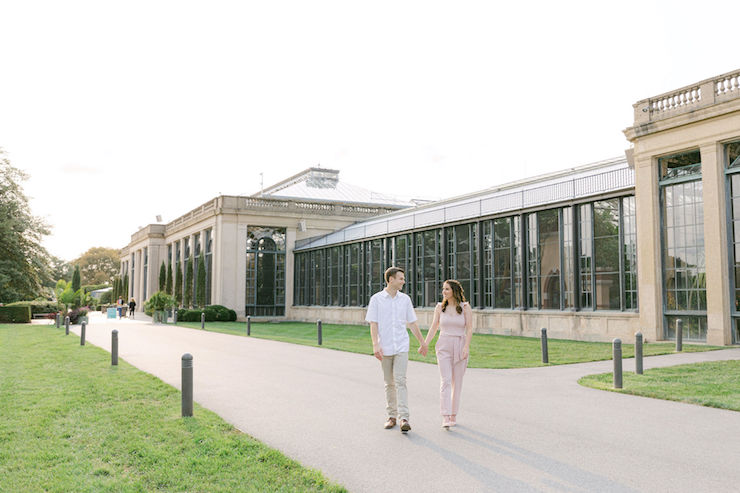 Photo by Grace and Ardor Co.

Tell us how you ended up getting engaged at Disney World.

After being together for four years, our families decided to vacation together at Disney World. Months before we went on that trip, Ashlee kept joking around about how awesome it would be to have a “pup-posal.” Knowing that we didn’t have a house yet, Mike didn’t want to jump to getting a dog, but knew he wanted to make her dreams come true. Ashlee is a photographer, so Mike surprised her at the beginning of the trip with the Memory Maker package entitling them to get professional photos taken throughout the parks that are instantly downloaded to their phones. Ashlee, not knowing the real reason behind Mike buying this package, was thrilled to get tons of photos. On day three (Nov. 8, 2019), they had the opportunity to get photos with four different Disney characters at once. One of those characters was Goofy, and Mike instantly knew that was the perfect chance to make Ashlee’s pup-posal dreams come true. They took a few family photos, and then Mike got down on one knee and asked Ashlee to marry him — Goofy in the background! 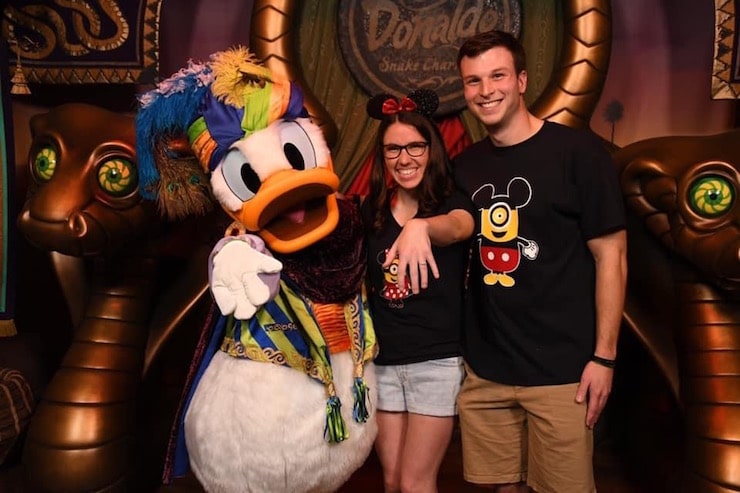 Let’s go back in history: What do you have in common (or, not!) that makes you two a fun, good fit?

We both grew up in martial arts and are now both karate instructors. Mike is very unorganized, and Ashlee is the complete opposite! Ashlee is very impatient, and Mike is the opposite. Best of all, we’re both goofy and love to make each other laugh.

When did you know this was serious?

Mike only had one serious relationship in his life and it did not end well. When Mike met Ashlee, it was a completely different experience — it was almost too surreal! After we were together for over two years, Mike suddenly realized that this wasn’t just a simple relationship; it was different than the others. He realized that Ashlee was someone who cared deeply for him but also held him accountable. Ashlee was the other half of Mike, and vice versa.

Why did you choose Barn on Bridge for your big day?

We both instantly fell in love with Barn on Bridge. We knew we didn’t want the typical ballroom, and Ashlee really wanted something rustic. When we met with the team for our initial sit-down, they made us very comfortable and we knew we were in good hands. Our event planner has helped us every step of the way, and we probably email her at least five times a month! 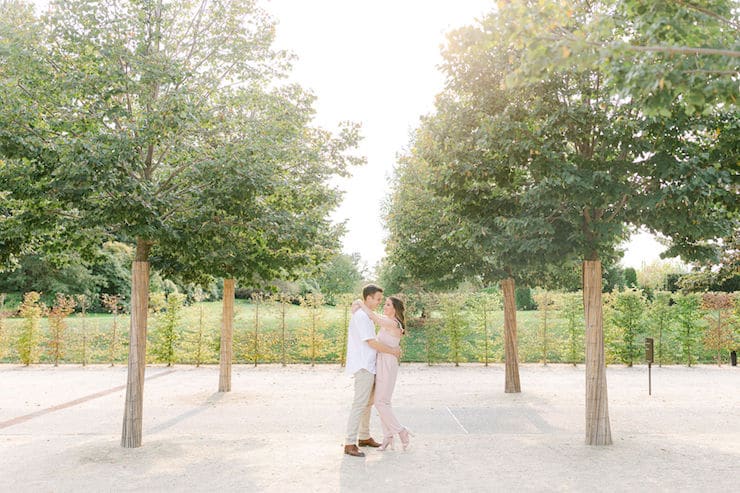 Photo by Grace and Ardor Co.

What else do you like about working with your event planner?

Our event planner has been absolutely phenomenal. She answers our emails right away. Being a bride during the pandemic, Ashlee was very worried that we wouldn’t be able to have the wedding of our dreams. But the Robert Ryan Catering & Design team kept assuring us and showing us that everything will work out.

Did the pandemic mess with your plans?

Yes, and no. Yes, just adding stress to the situation, like not knowing if we could have the amount of people on our list, for example. Having to wear masks would not have been ideal — at this point we don’t have to worry about that! Most importantly, we didn’t have to move our wedding like so many other couples, so in that sense we were very lucky. We can’t wait until October 2021 to get married!

At Robert Ryan Catering & Design, we’re here for you!

We delight in making dreams come true! We’re here for you to put your plans in motion, whether they’re new plans or postponed plans. We’re in this together! Schedule a consultation with our event managers when you’re ready to find your place or to reschedule your special event. Did you know an event at home might be an option?